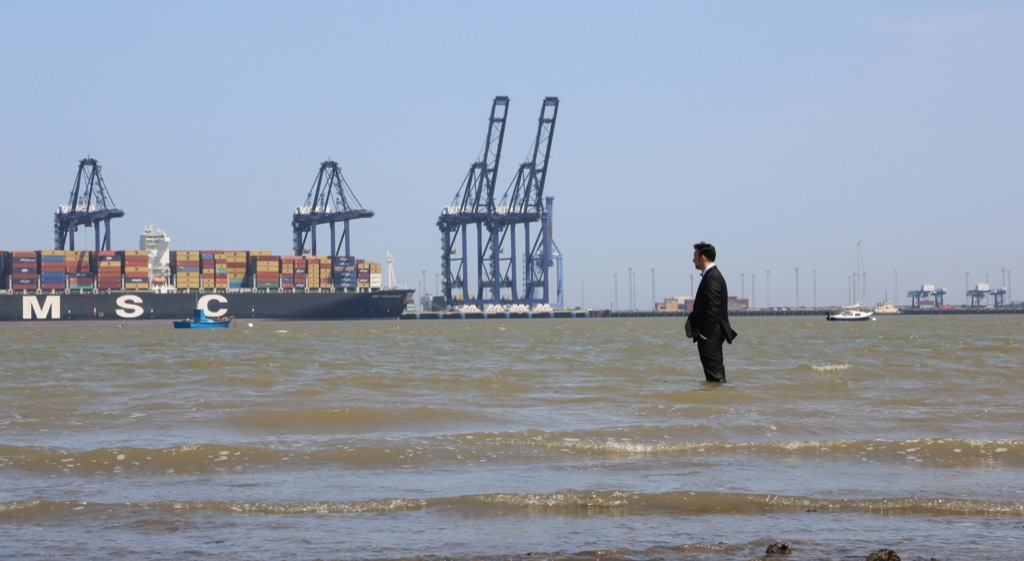 Welcome to my website everyone, and thank you very much for taking the time to visit.

As well as all the customary pages you’ll find on a website such as this, I also just wanted to tell you a little bit about my musical journey thus far, and what music means to me, as I find that this kind of personal touch can at times be overlooked.

I fell in love with music at a fairly late age, and with the piano even later, though my first lesson was when I was just 5. Those early years were happy, and the piano was fun, but gradually, and from when I don’t know, resentment seemed to grow day by day, mainly based on the frustration that the piano was preventing me from doing other things. Indeed, this got to the point when, were it not for a feeling of duty to those around me, I would certainly have given it up altogether. However, when I was 15, and studying at the Royal College of Music Junior Department, I was taken to a concert at the Barbican of the late Mstislav Rostropovich conducting the London Symphony Orchestra. I can’t remember the full programme, but it was the performance of Shostakovich’s 5th Symphony in the second half that really acted as the catalyst and turning point in my musical life. I had read with interest the political backdrop to the piece beforehand, serving to create a wonderful added dimension to this powerfully ambiguous work. My teacher, who had taken me to the concert, knew Rostropovich a bit and so we went to meet him at the end, and I returned home (having been embraced, as all were, by this great man) a different person.

The age of 16 is generally considered quite old to decide on a career in the performing arts, particularly when for quite a while my destination had seemed to be studying Economics at Cambridge University. Nonetheless, I knew then that there was nothing else I wanted to spend my time doing. However, I was well aware of just how far I was behind other young pianists worldwide, who had been working in a disciplined fashion for hours a day since almost before they were able to talk! I knew I needed the rigorous discipline of a conservatoire’s training, with the time that it allows for practice and study, to have the remotest chance of improving to an acceptable level for success in such a competitive industry. So I enrolled at the RCM Senior Department on the 4-year undergraduate course, and discarded a place to study music at Cambridge, knowing that, as wonderful as that institution undoubtedly is, there would just be too many pressures on my time there to devote enough of it to my playing.

In 2011 I completed my post-graduate studies at the Guildhall, and can honestly say that it was only really in the last year there that I developed the true love of the piano that comes with a feeling of uniting with an instrument, and the confidence of knowing one’s worth, having battled with frustration for so many years. In giving concerts, I try to put the emphasis on this exact feeling, the love of music, which is (for me) the most amazing gift we have been given. So often, this celebration of wonderful sounds can get lost amid endless analysis and scrutiny. Yes, Classical Music is complex and can be analysed, and yes, it is very beneficial so to do. But to take this too far, and to place stringent restrictions on musicians, is to inhibit freedom and spontaneity which, after all, should be the most wonderful aspect of the live concert experience. We place demands on our performers nowadays, particularly since the dominance of digital and edited recording, at a level unlike anything faced by artists hitherto. I am not bemoaning this, merely stressing how easily it can lead to one losing affection for the instrument amid an unhealthy desire to get things ‘studio perfect.’ I know this, as for many years I was controlled and inhibited by this pressure, and it is only now, by slowly trying to relieve myself from it, that musical personality and music making can be allowed to flourish.

I also remember the added dimension that made my experience of Shostakovich 5 so special all those years ago, the political backdrop that I mentioned I had read in my programme before the concert. Consequently, whenever I perform (though this is tricky when playing concertos with orchestra) I like to share with the audience some of my feelings on the music I am about to play, with references to the composer’s life and personality. I hate to patronise however, but most of the things I say have only come to me since learning the piece in question, so why shouldn’t everyone who hears me know them too? I also find that this engagement with people listening breaks down a sometimes-all-too-present barrier between artist and audience, and means that we can embark on a wonderful journey, exploring this unbelievable music together.

Once again, thanks for visiting my site. I hope this has been interesting, and would love to know any thoughts you have on the above or anything else, so feel free to get in touch with me or, better still, come along to one of my concerts listed on the site…would be lovely to see you.

Buy my DVD with Paypal: